The constant control of the territory and the improved environmental conditions, resulting from the establishment of the Reserve, have allowed the nesting of six new species: the Rosy Gull, the Coot, the Mallard, the Redshank, the Little Egret and the Shelduck. The increase in the number of Flamingos was very evident (even for the “non-experts”), which went from 40 individuals in 1996 to 1081 registered in 2010.

The managing body has authorized, in addition to various projects for the recovery of beams, mills and salt pans, the construction of a new salt mine in zone B of the Reserve. It is the first salt pan built after years of landfill and destruction. The production of salt is constantly increasing: consider that since the establishment of the Reserve it has gone from about 50,000 to about 80,000 tons / year. As proof that the care and protection of the environment have gone hand in hand, in recent years, with the strengthening of the economic fabric of the area, consider that they have been prepared (by the Managing Authority, or with its collaboration or approval ) as many as 69 projects (13 of which have already been completed), for a total amount of over 26 million euros!

The “Saline di Trapani e Paceco” Reserve extends immediately south of Trapani, from the outskirts of the capital to the hamlet of Salina Grande, straddling the municipalities of Trapani, Paceco and Misiliscemi.

Reserve Regulations
Map of the Reserve 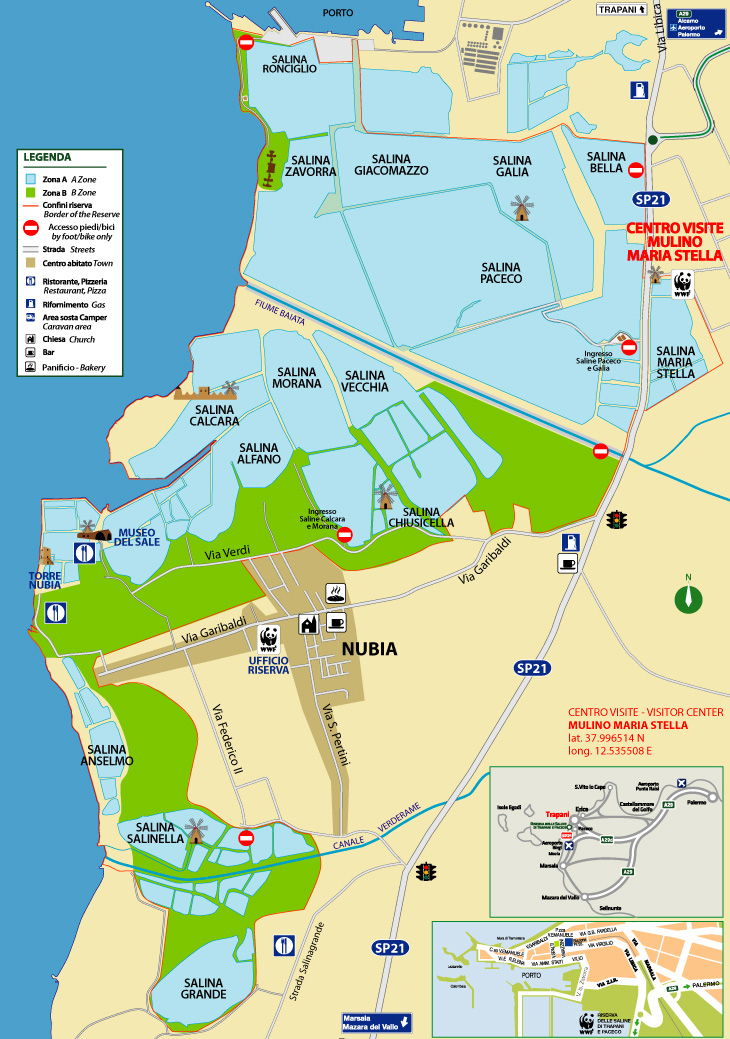